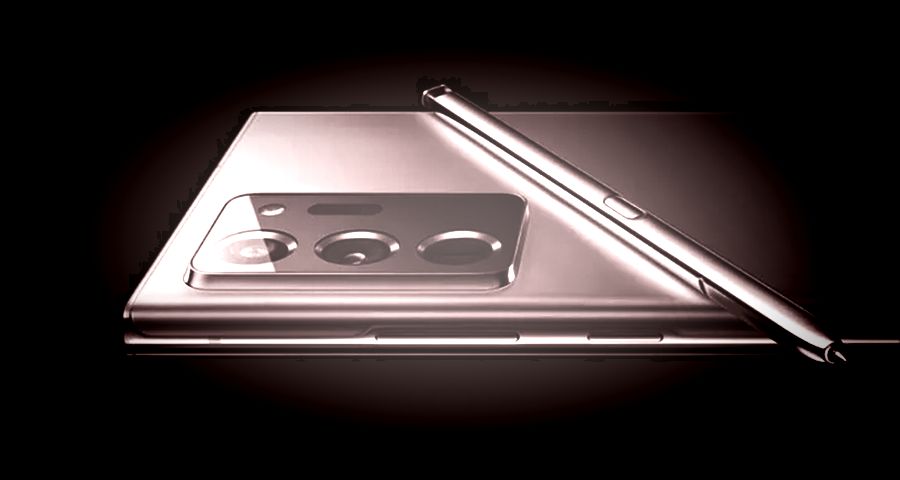 The Samsung Galaxy Note 20 phone series is to be officially presented by Samsung at the Galaxy Unpacked conference. This conference will take place this summer in 2020. It is unofficially said that it will take place - as every year - in August, but so far the Korean producer has not given the exact date of the event. Meanwhile, two press graphics of one of the upcoming models - Galaxy Note 20 Ultra have been published on the official website of the Ukrainian branch of Samsung. Yes, two. They present the back of the smartphone in the Mystic Bronze color version. You can look at the arrangement of cameras in detail, the S Pen stylus is also visible. Most likely, we are dealing with a mistake on the part of the manufacturer, as the pictures appeared on the subpage dedicated to the older model Galaxy Note 8. However, some say that it is Samsung's deliberate action to fuel interest in new smartphones before the premiere. Interestingly, it took several days for the graphics to be removed. Was it deliberate? We do not know, the fact is that the photos were available to everyone. Samsung with this action certainly fueled the curiosity and desire to buy in many people. It is possible that thanks to this the product will sell much faster.

Samsung Galaxy Note 20 on Who Called Me UK

Budget phones - is it worth having them?

The question is "Is Budget phones worth to having them?" Description: Choosing a smartphone sometimes causes many dilemmas. Manufacturers are outdoing new models of smartphones, the choice is seri

Description: Samsung Galaxy Note 10+ from the first sight delighted us with its screen.

Samsung has once again proved th

Description: Each of us is slowly getting used to the fact that smartphones chase tablets with their size. It is possible that they will soon equal in size.