Title: Realme Narzo 30 Pro 5G release date officially confirmed
description: Realme has officially announced the premiere of the upcoming Narzo smartphones. Realme India boss Madhav Sheth announced that Realme Narzo 30 Pro, Narzo 30A and Buds Air 2 will be unveiled on February 24 in India. Smartphones are to be adapted to 5G - what is more, smartphones are to be at very attractive prices. The interest in these phones is sure to be huge. What can we expect when it comes to news? There will be many differences between the Realme Narzo 30 Pro and the Narzo 30A. First, 5G support is expected to only be available on the Pro variant, while the 30A will receive standard 4G connectivity. 4G connectivity should satisfy less demanding users. Both Realme Narzo 30 Pro and Narzo 30A will run Realme UI 2.0 with Android 11 out of the box. The Narzo 30 Pro 5G will be the cheapest 5G smartphone with a Dimensity 800U chipset.
The phone is expected to offer an ultra-smooth 120Hz display, most commonly an LCD panel rather than an AMOLED screen. Realme Narzo 30 Pro is to have a 6.5-inch display. The phone is also equipped with a battery with a capacity of 4880 mAh with support for fast charging 65 W. We must admit that such a large battery will allow us to use the phone for several days. The smartphone is to have a very large built-in memory. We learned that the device is also to have a fingerprint reader as well as a satellite navigation system, i.e. GPS. What else is waiting for us at the premiere? The company is also preparing to introduce a new pair of wireless earphones.
The upcoming audio accessory is the successor to Realme Buds Air, the company's first audio accessory launched in 2019. The Realme Buds Air 2 has an active noise reduction feature and can look a lot like the Buds Air Pro.
The price of these headphones is supposed to be very attractive. The premiere next week will reveal all details, including pricing and availability. We are looking forward to the premiere which will take place soon.
keywords: Realme Narzo 30 Pro, 5G, 4G, 4880 mAh, Realme 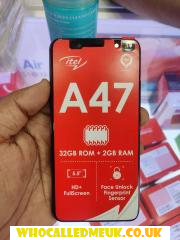 Itel will launch itel A47 in India

Title: itel will launch itel A47 in Indiadescription: itel recent 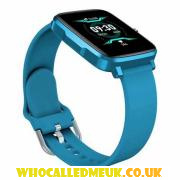 Is It Worth Buying Realme X7 5G With Dimensity 800U?

Title: Is It Worth Buying Realme X7 5G With Dimensity 800U?description: Realme X7 5G had its premiere in February this year. Mas

Title: Black Shark 4description: Black Shark is one of the smartphones dedicated to games. The company's last offering was the